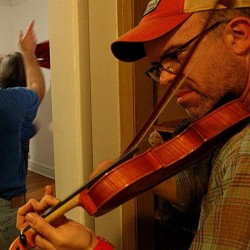 I’ve spent the last year learning about, chatting about, and finally doing, Fastest Known Times. At this point, the concept has gone from a relatively underground sort of pursuit to nearly mainstream in the ultrarunning world. This has been helped along significantly by the novel coronavirus’s impact on the 2020 race landscape. With no races, many more people are looking for other ways to test themselves, and attempts at FKTs have multiplied quickly.

END_OF_DOCUMENT_TOKEN_TO_BE_REPLACED

Our mission was simple: an out-and-back on the Tunnel Hill State Trail, which runs from Harrisburg, Illinois to the Cache River State Natural Area Wetlands center. The trail is a 47.5 miles long rail-to-trail, converted from the old Cairo and Vincennes Railroads. When we lived near the trail a decade ago, we’d run the stretches around Vienna, Illinois frequently, and a couple years ago we both ran the eponymous 100 mile race held on the trail. We figured it was time to say we’d seen the whole trail (the race only uses about 25 miles of it), and we needed to test a few of our fastpacking systems. When the last day of winter/first day of spring weekend also coincided with favorable (ish) weather, we headed south.

END_OF_DOCUMENT_TOKEN_TO_BE_REPLACED

We set off on the Womble trail just before noon on a Saturday, an odd time for us to begin a long route. We’d driven the 12 hours from Chicago to the Ouachita Mountains of Arkansas, leaving town in the teeth of a nasty snow and ice storm. To make the trip possible, we’d overnighted in our van near the halfway point and gotten back on the road around 0330 that morning.

END_OF_DOCUMENT_TOKEN_TO_BE_REPLACED

At the outset of our journey, I was only worried about one thing: making it through a complex section of the loop before it got dark. In particular, I’d heard that finding the trail again after the final road section was tough even in the daylight.

The loop was the Nantahala Adventure Run near Bryson City, NC: 56ish miles comprised mostly of the Bartram Trail but beginning and ending on the AT. Total vertical gain for the loop ended up being a stout 14k feet. Our plan was to cover as much of it as we could take the first day, bivy for a few hours, and then finish it up the following day. We parked our campervan at Nantahala Outdoor Center, a fantastic outfitter that caters to both the river community and hikers on the AT.

END_OF_DOCUMENT_TOKEN_TO_BE_REPLACED

This was our third time around what we’ve started calling the Porkies Traverse. Last fall Allison and I put the loop together to hit the three Summits on the Air (https://www.sota.org.uk/) references in the park: Summit Peak, Peak 1496, and Cuyahoga Peak. We were amazed to find some of the most remote mountains we’ve had a chance to visit in the center of the country, and almost a playground of hill climbs and (very) technical trail running. When we started getting interested in FKTs, this was one of the first I routes I checked for an existing time (there wasn’t one), and when we decided to submit a route, it was the first on our list. If you want to see what midwest trail running has to offer, this route should be on the list.

END_OF_DOCUMENT_TOKEN_TO_BE_REPLACED

I knew within a few miles that Scout Mountain was going to be one of those races that conjures a demon, though I didn’t know then what it was. Because of the snowier than normal winter, the course was long (54 miles in fact), and we were treated to an earlier than normal start at 5am for extra time to deal with the snow. I am still not sure if it was something I ate the night before, altitude, or just nerves contemplating my first real mountain ultra, but my stomach was not right even before we started. I tried to ignore it as I pounded my standard pre-race breakfast of banana bread and peanut butter.

If there ever was a race that could distract you with sheer beauty, though, Scout Mt is it. The 50 mile version traverses 30ish miles of foothills before doing a 20 mile loop up and over the top of Scout Mountain itself. The race unseats the Superior as the most scenic race I’ve ever run, a spot Superior has had since 2005.

END_OF_DOCUMENT_TOKEN_TO_BE_REPLACED

20 isn’t really even that cold. That’s what I kept telling myself in the days leading up to the Tunnel Hill 100. The start temp was predicted to be around 20, with a high barely cracking freezing on Saturday, then back down to 20 Sunday morning. The reason I kept telling myself that 20 isn’t cold is that I was genuinely scared. By mid-winter, running in 20s weather would be pretty much the norm. But even the cold 50ks I’d run were just a few hours long. I had no idea how we’d deal with 24+ hours of frigid temps.

END_OF_DOCUMENT_TOKEN_TO_BE_REPLACED

We decided to go to South Dakota literally 48 hours before leaving. We’d planned two other trips to celebrate Allison’s 45th birthday, and each successively had been thwarted by poor weather. Setting out at 2am on Friday morning, we drove ~950mi arriving in the Black Hills at dinner time to crystalline blue skies and the western landscape we were looking for.

Saturday morning we got on the trail relatively early with the goal being three or four summits. We managed two.

END_OF_DOCUMENT_TOKEN_TO_BE_REPLACED

I am not sure why I haven’t been posting SOTA reports here, but I am going to start now. SOTA is a pursuit which involves taking a radio transceiver to the top of a mountain, setting up a station, and then talking to people (or beeping at them in morse code). If you make four contacts you’re awarded points and the contacts are awarded them as well. The number of points you get depends on the height and/or prominence of the mountain. It depends on some other stuff too, but that’s basically it. It’s sorta like Ingress (or Pokemon Go if that’s how you roll) but with mountains and ham radio.

It’s a really fantastic excuse to get to the mountains, and it’s spurred us to a whole bunch of roadtrips over the past six months. Anything that does that can’t be too bad right?

Race reports about races in which everything goes smoothly are hard to read. Who wants to spend 15 minutes having someone expand on “it went great”? That said, I have to tell you about this run because it didn’t just go “great,” it really is beginning to stand out as one of my favorite ultras ever.